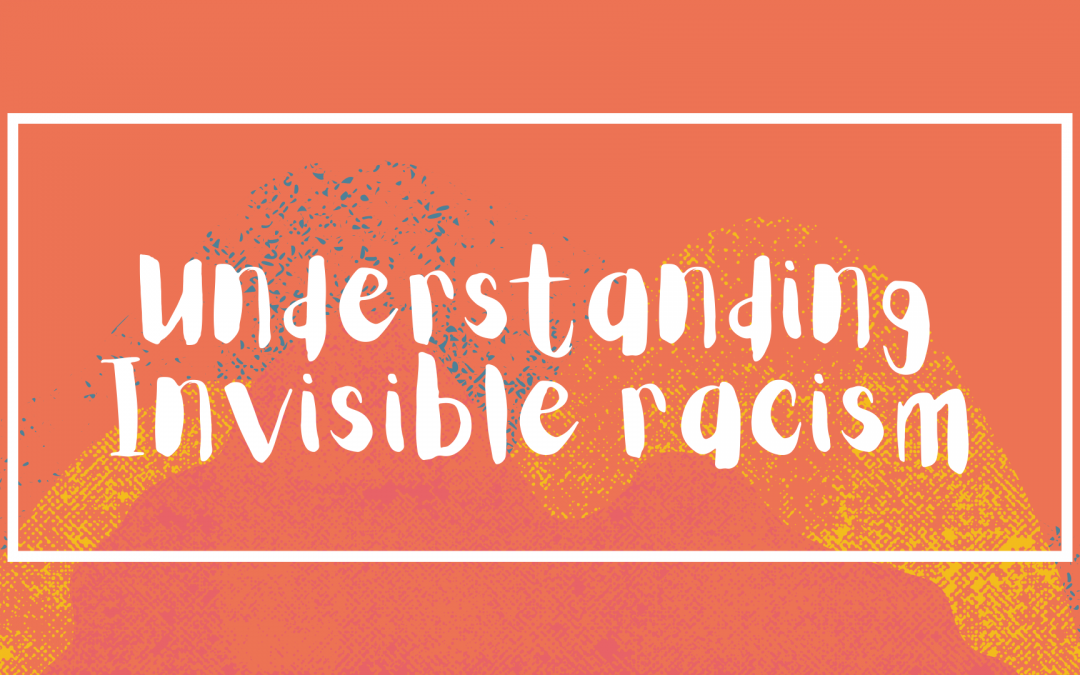 ​​Invisible racism is the subtle, subversive, and deliberate informal and formal mechanism that allows unequal access to rewards, prestige, sanctions, status, and privileges based on racial hierarchies. Though invisible racism does not carry the weight of the law; traditions, norms, and customs typically uphold, justify, and obscure its operation. For instance, a white European is expected to outperform selected tasks, develop specific skills, excel in certain environments as compared to an African migrant. That is, invisible racism serves to explain such obvious racial outcomes as natural, and normal. Alternatively, any deficiencies, lack of achievements, or failure to perform by one African migrant is similarly obscured, misdiagnosed, and misrepresented as a group failure.

Invisible racism is a matter of how one’s brain process of information is influenced by things they have seen, things they have experienced, and the way mainstream media has presented things. For instance, racialised minority groups, particularly African migrants, or refugees living in Europe, are required to pay more to rent an apartment, and are less likely to obtain key information regarding job opportunities. Whereas the systemically enhanced information, access, and assistance provided to White Europeans, increase the likelihood of their success vis-à-vis the racialised African migrants or refugees. Alternatively, the selective enforcement of various laws, increased surveillance of certain laws, and the disparities in educational funding within African migrants, or refugees’ communities, increase the likelihood that they will experience greater levels of criminalisation than White Europeans. Invisible racism operates and continues to remain deeply embedded in the social, economic, cultural, psychic, and political fabric of societies.

Critical racial and ethnic studies continually attempt to understand the process by which systems of racialisation are preserved, maintained, and perpetuated, and recognise that intersectionality of systems of racism further operate from the disadvantage point of the oppressed groups. For example, an African migrant who belongs to LGBTIQ+ community faces racial prejudices among the White Europeans and at the same time, faces gender and/or sexual based discrimination both within the African migrant and White European communities. So, such multiple dimensions and intersectionality, of which race, gender, and sex, are but different, operate interactively and systemically to produce and/or reproduce structures of exploitation, abuse, oppression, and discrimination. That is, White European’s political, social, and cultural institutions provide the situational context in which these dimensions interact. That is to say, either implicitly or explicitly; courts, policies, schools, churches, friendships, family networks, and media outlets, all serve to preserve, perpetuate, and modify racial attitudes, gender and sexual norms, group formation and the systems of racial, gender, and sexual exploitation, abuse, oppression, and discrimination in a dynamic, obscure, and masked process underlying invisible racism.

Previous Module
Back to Module
Next Lesson