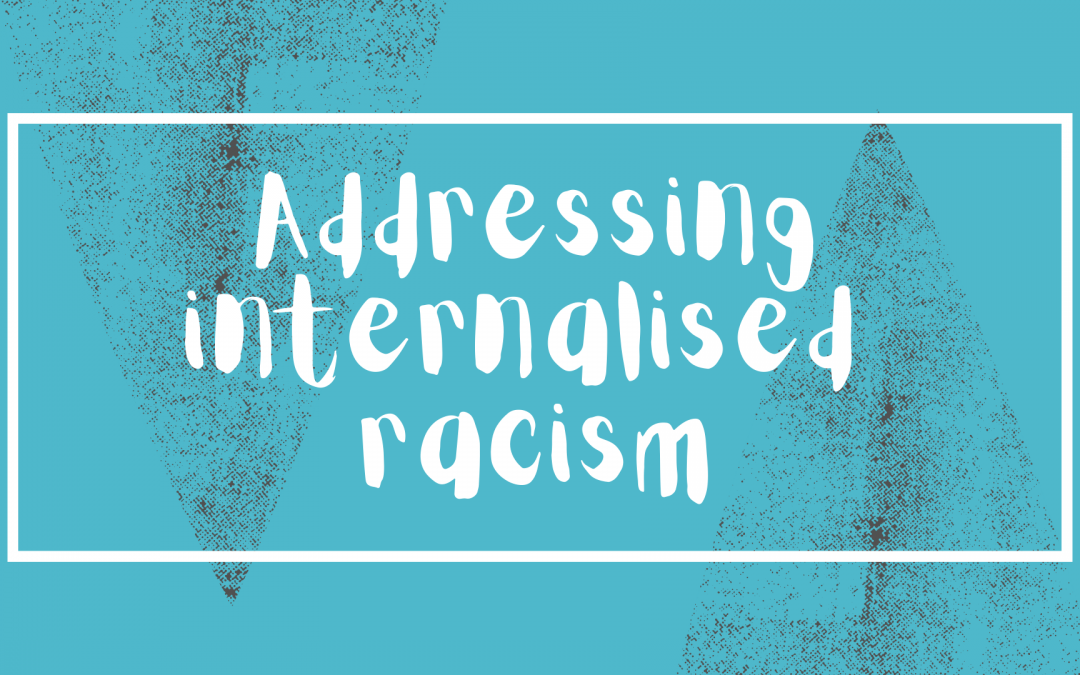 Internalised racism is the acceptance, by a stigmatised, and marginalised member of a racial non-elite minority group of the negative societal beliefs, stereotypes, prejudices, or discriminatory behaviour about them, which might further lead to the rejection of cultural or religious practices of their own ethnic or racial group. Though individual may or may not be aware of their own acceptance of these negative beliefs about them, other components that are considered part of racial, gender expression and sexual identity doubt, are also considered part of the construction of internalised racism. Hence, Internalised racism is a psychological process that affects all non-elite racial, gender and sexual minority groups. It involves the acceptance of the typical conventional representation of race, gender and sex that places racial, gender, or sexual minorities beneath privileged racial groups or persons conforming to socially constructed hegemonic expressions of gender and sexual identities.

Internalised racism makes its biggest impacts on children and adolescent refugees who yet do not have any context for understanding the injustices of the society, but rather personalise the negative messages that are coming at them without having a framework for understanding racism. But internalised racism is not simply a result of racism; it is a fruit of systemic oppression with a lifecycle of its own. That is, there is a social system that undermines the culture and integrity of racial, gender, or sexual minorities and teaches them to fear their own values and differences. Seeing internalised racism as a systemic oppression allows us to distinguish it from the human wounds like self-hatred or low self-esteem to which all persons are vulnerable. It is important to understand it as systemic, which makes it clear that it is not simply a problem of non-elite racial, gender, or sexual minorities; it is structural.

In this module we focus on preliminary analysis of the implications of internalised racism in a multicultural society as a starting point for creating learning and training programme for young people to improve their knowledge, skills, and attitudes in understanding and addressing internalised racism. The module sets learning objectives, or defined precise and measurable statements concerning the knowledge, the skills, or the attitudes the module’s users develop as a result of their participation in this module’s applied learning activities to be able to facilitate young people to improve their knowledge, skills, or attitudes in understanding, addressing, or overcoming internalised racism though youth work.

Previous Module
Back to Module
Next Lesson